SINCE WE HOPE TO RE-BUILD THE X5 CABOOSE AND ERECT A NEW PLATFORM BEFORE THE MILWAUKEE ROAD HISTORICAL ASSOCIATION CONVENTION JUNE 28 – 30, THERE WILL BE PROJECT WORK PARTIES FOR THE NEXT FIVE WEEKS. 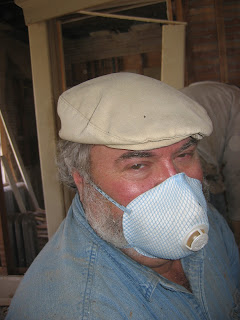 Good morning!
If anyone is interested in working on the Potlatch Depot second-floor plaster lath demolition/kindling bundling project this Saturday, May 19th, Kenny Cada, Caryn Brown and I will not be there but Kenny will unlock the depot for anyone willing to put in a half day of depot demolition work between 7:00AM and 3:00PM. Please know you are welcome to donate an hour or three at any time convenient to your schedule. If you would prefer to arrive later and work into the afternoon, please do so. Any help would be greatly appreciated.

Don't forget to 'Sign In' on the volunteer sheet at the base of the stairs before you begin working, so you are covered by the HPG’s insurance. For your safety, there are respirators and eye protection in the freight room. Please use them. Don’t overdo it while working, take frequent breaks to avoid muscle strain and fatigue.


All tools are in the future restroom on the west side of the second floor. DO NOT pry the lath out behind the door and window trim as it causes too much damage to the finish wood. Instead, use the Sawzall™ to cut beside the nearest stud next to doors and windows. (Look in the northern rooms to see how it was done in there.)
Here’s what we accomplished on May 12th:


Only 4 of us worked at the depot, a total of 14 labor hours, but we made good progress. Don Ball brought a home-built tool that slips under the lath, straddles and pries against the stud, and pops off 3 to 4 rows of lath at a time! It’s a heavy, but so effective it quickly became my favorite tool.


We’ve daylighted (removed all lath from ceiling and walls) the big rooms at both the north and south ends. Kenny is really getting after it. She and Caryn Brown swept the floors in the southeast room, and sorted and stacked the lath. Kenny has designated a few places to stack lath out of the way until it can be hauled downstairs for processing. I bought a used chop saw for use with the kindling, X5, and platform projects.


All the plaster will be wheelbarrowed into the northeast room. Once all the plaster is in there, we’ll spot a dumpster or dump truck below the debris chute, and chuck all the plaster down at once.
Posted by WIMHPG at 10:15 AM No comments: