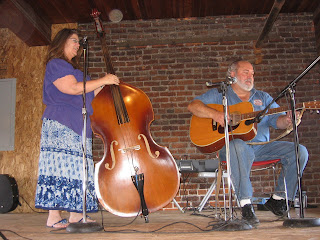 Jim and Rebecca West played a few tunes as Karen Rohn kicked off an art event at the Depot Saturday
It's only fitting that Jim and wife Rebecca were the first ones to play music on the new stage in the freight room.  After all, Jim spent a grueling 29 hours building the platform, which has been planned as the first step in creating an elevated office space.  Originally Jim thought the platform would take about 9 hours, but as usual, the depot had some construction surprises in store. Once other HPG and PHS members saw Jim and Becca perform, some suggested we rethink the elevated office concept and leave the platform as a stage.  It made a great small concert venue as people wandered in and out of the depot, checking out exhibits and watching Karen and local artist Andy Sewell paint train scenes at their easels on the loading dock.  Charlie Sutton played more music in the afternoon. 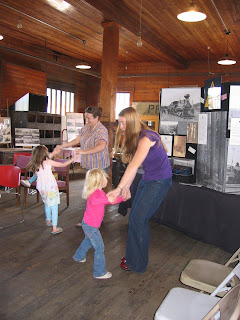 A Little Dancing in the Depot! 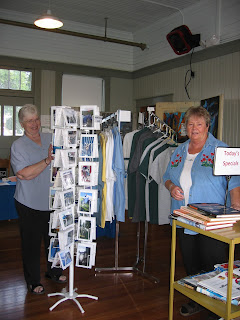 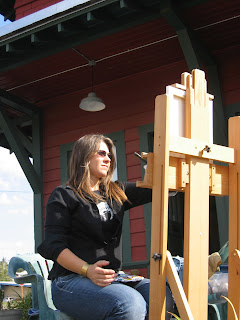 Posted by WIMHPG at 8:29 PM No comments: